The political boundaries of modern-day territories and provinces have impacted the ability of Canada’s First Nations to assert their rights over traditional areas, because of varied policies, procedures, legislature, and government bodies.

As the longstanding stewards of this territory, Acho Dene Koe members have carefully maintained traditional practices which value balance, sustainability, and responsibility. It is the intention that the move towards self-governance will continue to support these traditions and the ability of Acho Dene Koe to responsibly manage lands and resources, as we have for centuries. 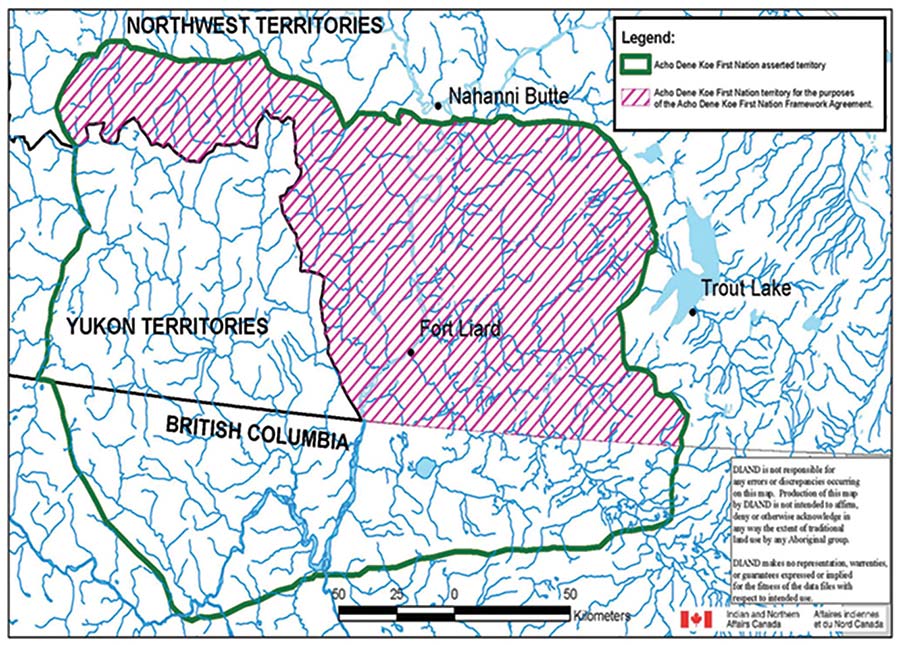